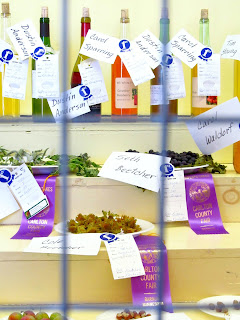 It's fair time in Minnesota! Where I grew up in central Minnesota, we had a great little county fair. I live in a much bigger town now but our fair here is pretty awful, which I attribute to our rocky terrain, therefore, a lack of a farming community here. This year I discovered that Barnum, which is in Carlton county just south of Duluth, has a fair very much like the one I remember as a child.

We traveled to the Barnum fair in mid-August, then to the Twin Cities for our state fair last week.

So now that we've seen the fairs of 2012, we've had the pleasure of seeing that despite the drought, there is a harvest happening somewhere out there. Though it has suffered and that we could see in agriculture entries at both the county and state level.

Here are some gems of the State Fair, including the Princess Kay of the Milky Way butter head sculpture, which is agreeably kind of odd and funny. But let me tell you, people love it! And if you're a fan of Cheese Curds, I know how to make them and you can find my recipe here! 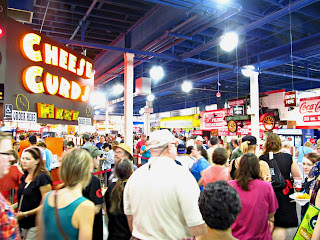 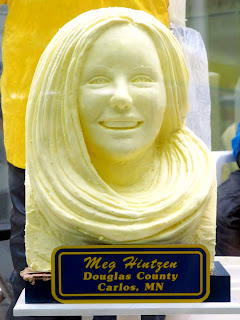 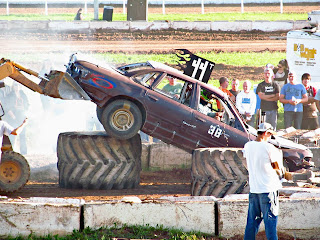 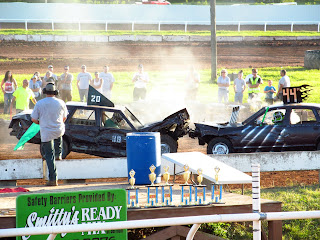 We watched a demolition derby at the Barnum fair, which is basically bumper cars using real cars and the last car alive and running wins. It's insane! Our goal is to find the biggest, loudest demolition derby out there- preferably one where they serve beer. If you are aware of something that fits this description, let me know! 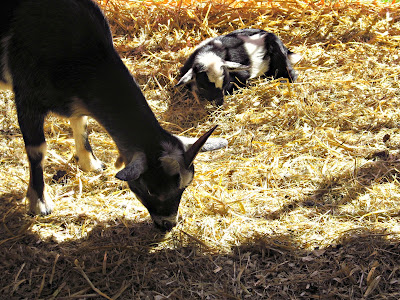 And we saw lots of beautiful farm animals; the thing we look forward to most at the fairs. Besides the food! 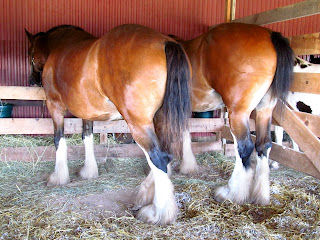 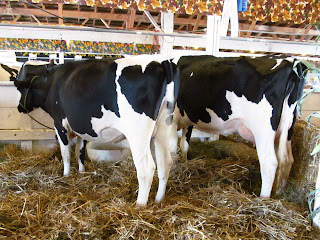 At the State Fair, we ran into some Grunzkes that I didn't know, recognizing them only because they had family shirts made for when they went through judging with their sheep! That was probably the most exciting part of our State Fair visit, which says a lot. Our State Fair is awesome. But we Grunzkes are a lively bunch and we get pretty excitable when we discover distant family that share our name. 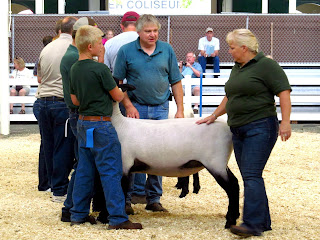 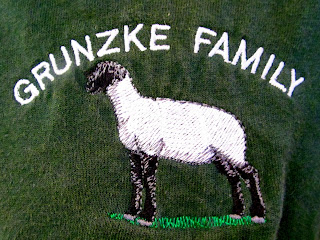 I wrote a piece about the Minnesota State Fair and my experience in the 4-H program as a kid. The story is currently featured on the Daring Kitchen website. Here's a teaser and a link:

It's an exciting time in Minnesota when we hit the dog days of summer. Our dog days are not defined by a period of lethargy. When we aren't mowing the lawn or squeezing in every possible drop of fun before the snow flies, we are bringing in the harvest. The county fairs are in full swing and we put in for our vacation days to migrate the short distance to our own state fair. The roots of farming and agriculture run deep here in Minnesota. It's no surprise our State Fair has grown to be one of the biggest in the country, 2nd only to Texas, with a current annual attendance of nearly 1.8 million people.

Do you non-Minnesotans have any county or state fair traditions? Let's hear all about it!
Posted by Created by Hannah Grunzke at 1:47 PM