For the month of April, Rachael of pizzarossa and Sawsan of Chef in Disguise took us on a trip to Italy. They challenged us to try our hands at making focaccia from scratch.

I veered a little from the classic focaccia recipe this month and went for a similar bread called fugazza. It's a little more similar to pizza, though the crust is a thicker and more focaccia-like.

In the words of our hosts: "The word 'fugazza' is an Argentinian derivation of the Italian word 'focaccia' – indicative of the prominent Italian population in that South American country and of the influence of Italian cuisine there. Very similar to an Italian focaccia, it’s usually cooked in a cast iron skillet and is generally thicker than an Italian focaccia."

This recipe is my interpretation of this month's Daring Baker's Focaccia challenge.  You can find the original PDF recipe here.

Stir yeast and sugar into the milk and water in a small bowl and let it sit for about ten minutes until foamy. 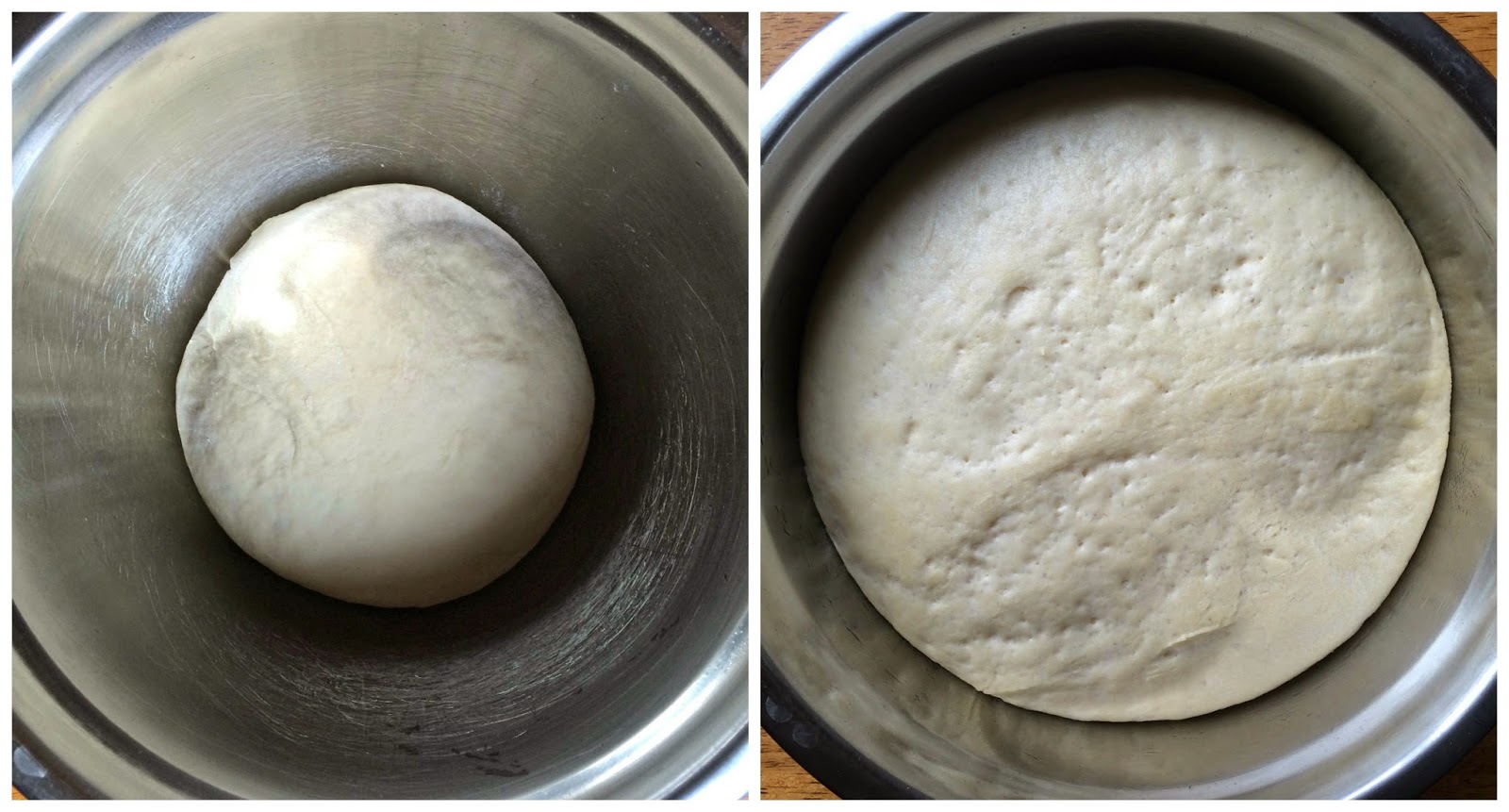 Combine flour and salt in a large bowl, make a well in the center and add the yeast mixture. Stir flour into the yeast mixture until the dough clumps in a mass around the spoon.  Turn onto a well-floured surface and knead for about 8 or 10 minutes, until the dough is smooth and elastic.  As you knead, add sprinkles of flour as needed to keep the dough from sticking to your hands.

Oil a large bowl and add the dough, turning to coat in oil.  Cover and let rise until doubled in size (1 to 2 hours).

Melt the stick of butter in a large pot over medium heat. Add the onions, garlic, bay leaf, thyme, salt and pepper and cook, stirring here and there, over medium heat until the onions are very soft and caramel brown.  This will take about one hour to one and a half hours. Add the broth and wine and raise the heat to bring it to a boil.  Reduce the heat to medium and simmer until the liquid has evaporated and the onions are nearly dry, about 5 minutes. Discard the bay leaf and thyme sprig and set aside.

Preheat the oven to 450F with a pizza stone set on a rack in the lower third of the oven.

Press your dough out on a piece of parchment paper to about 14 inches round, ½ inch thick.  Spread with caramelized onions, leaving a 1 inch border at the edges.  Cover onions with cheese and sprinkle with a bit of dried oregano and black pepper.

Slide the dough onto the hot pizza stone, leaving it on the parchment paper.  Bake until golden brown, about 15 to 20 minutes.

Slice into wedges and serve.

Posted by Created by Hannah Grunzke at 5:30 AM